A big thank you to 4 lovely ladies in Haslingden who run regular coffee mornings and aim to raise funds for different charities. We were fortunate to be chosen in January so for the last 6 months they have been busy having raffles and meeting together to raise money and socialise.

On the 7th of June we were invited to collect a cheque for £1000 – so I was joined by Gill with her grandchildren, and Rachel with Martha. We showed them what CHA have been doing recently to let them know the sorts of things we will be spending their money on. Several people were delighted that our pictures showed heart children doing very normal things – even if they did need the occasional assistance of a wheelchair or big buggy.

A huge thank you to Maureen Jackson, June Lennon, Caroline Thompson, Beryl Abraham and all the generous people of Haslingden. Your gift is very gratefully received.
Anne 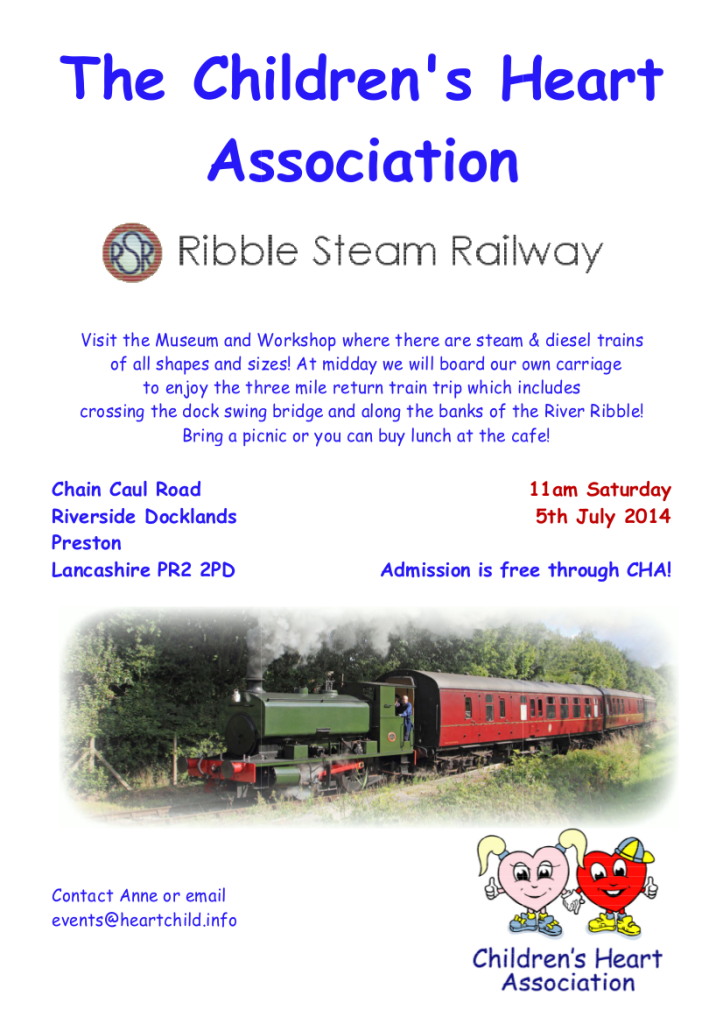 We’re holding this year’s Annual General Meeting at Chester Zoo on 14th June 2014.  Members can also get discounted admission to the zoo following the AGM.

For more details see our poster below. 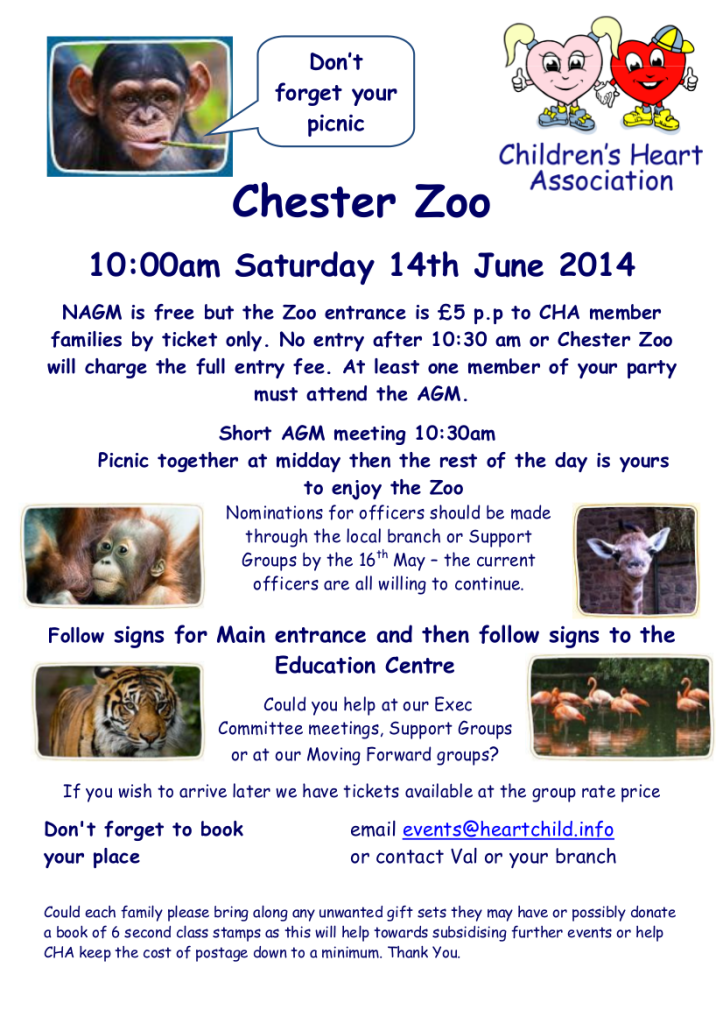 We had a great time during Heart Week this year. We had a display on the corridor at Manchester Children’s Hospital, and gave the hospital some of the lovely story books we’ve bought. 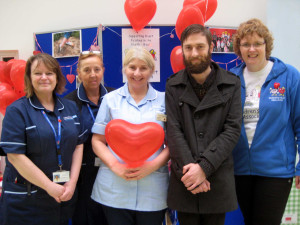 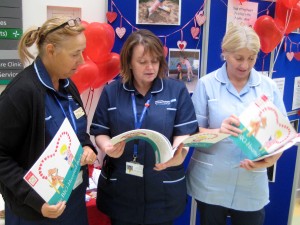 Thanks to Luke who works with me at Trafford General and has raised lots of money for CHA from colleagues at Trafford and at Manchester Royal infirmary where he used to work. 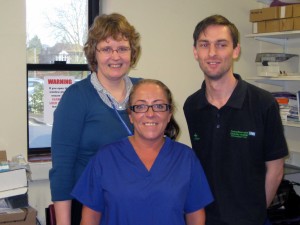 The children had a great time at the Build a Bear workshop. 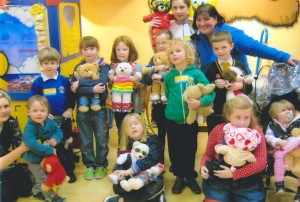 We’re heading off to Eureka! in Halifax on Saturday 22nd February.  Entry is free for member families and non-members may come along for £5.50 each.  Contact Val for booking.

UPDATE: We’ll be meeting there at 10:30 and there are indoor picnic tables if you wish to bring a picnic. 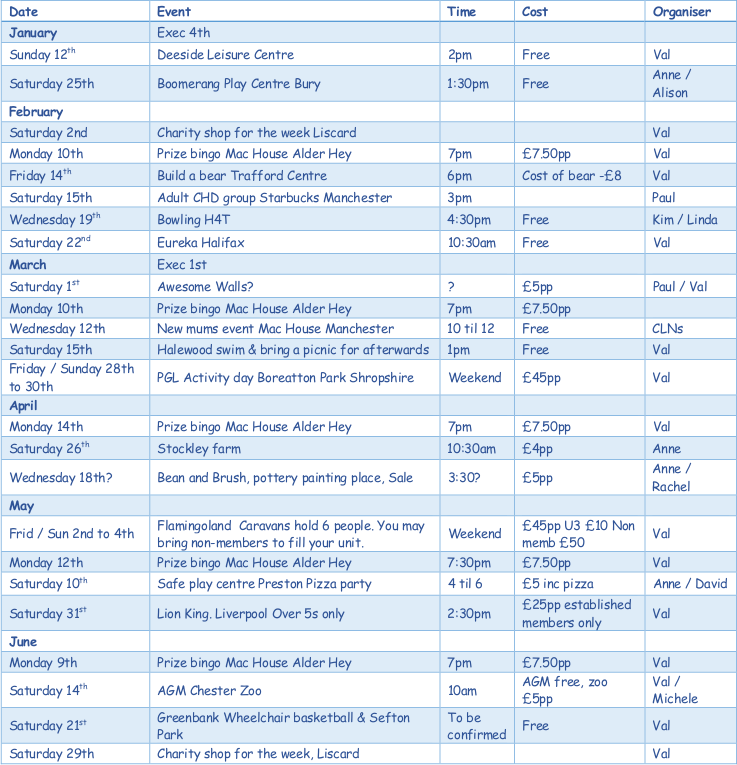 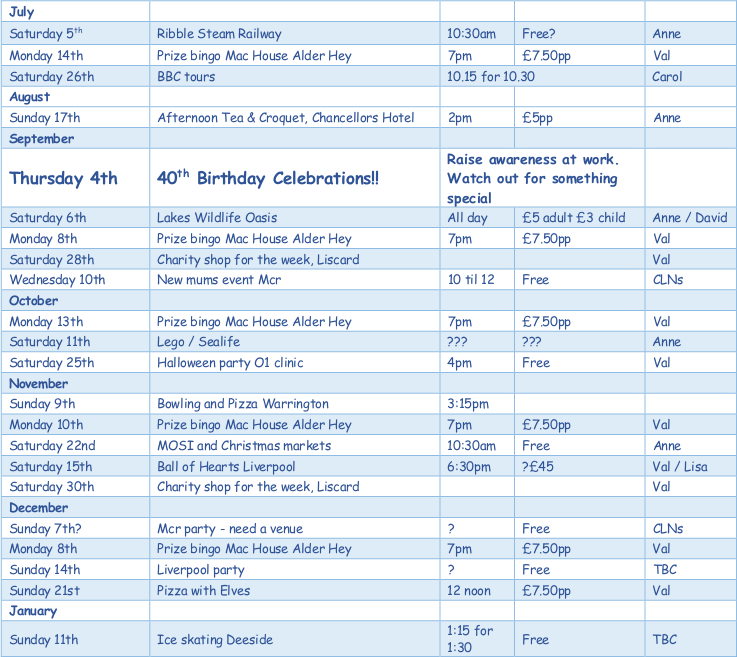 We’ve a family event coming up soon for our members.  If you’re interested contact Val, or email us.  Our contact details, as always, are at the bottom of this page. 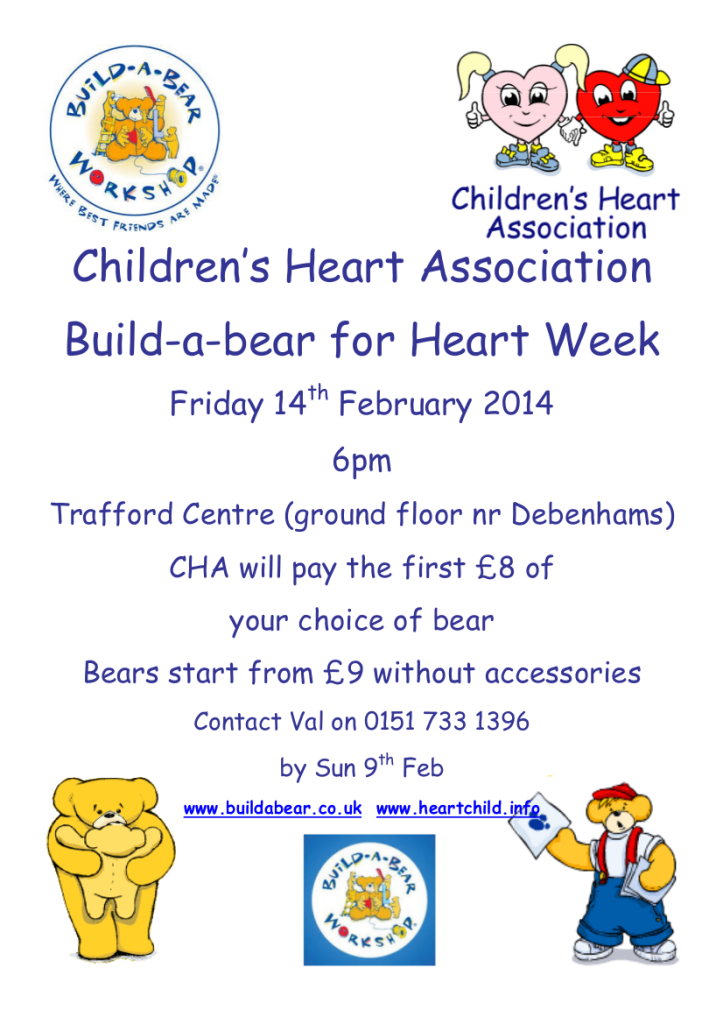 We had a fun afternoon at Boomerang Sensory play centre in Bury yesterday (Sat 25th Jan).

They have a soft play room with a great slide – Thomas’s mum’s toe is still recovering – and I hear Alfie’s dad had something to do with it too.  There is a quiet sensory room where Freddie enjoyed launching himself into the ball pool with clear balls that changed colour with the light below.  But my favourite room was the interactive room with noisy touch games on the wall and an interactive mat where you could walk on the piano keys, or chase frogs or jump on the drum kit.  The interactive game changed every couple of minutes so no-one got bored.  Harry and George had fun there too.

Great to catch up with Dylan’s mum and dad over a cuppa.  We’ll definitely do it again sometime.

I’ve been to the children’s Cardiac Network meeting this afternoon.  Things are changing and the aim is to work more closely together whether you are at Alder Hey, Manchester or at a local hospital to make sure that every child gets appropriate care and support.  These changes will take place whatever the new national review decides.

There’s a new website in the pipeline which will show a clear pathway for GPs and parents so everyone knows what will happen to a child with a heart problem in our area.

There are new cardiologists being appointed in Liverpool and Manchester and each job specifies that there will be shared working at the other hospital to help bring the two teams closer together.  We don’t yet have a questionnaire ready for parents but it’s top of the list to do.

I asked about the recent TV interest in the surgical teams at Alder Hey.  The network monitor and publish the safety figures closely and there are no concerns with the cardiac surgery section.  If any parents have any worries just let me know as I can put you in touch with the cardiac team who will take time to talk to you and listen to your concerns.

The Care Quality Commission (CQC) specifically interviewed the cardiac team at Alder Hey and I will let you know their report as soon as it is published.

I also raised your concerns about the new booking system at Alder Hey.  This has been particularly hard hitting to the cardiac outpatient system which had been performing well before, but has improved other areas of the hospital where queues had been a problem.

Next meeting in March so let me know if there’s anything you’d like me to feed back.