My little boy Jake was born with a very rare and as yet undiagnosed heart condition, his heart couldn’t beat properly & his heart muscle was in failure, he also had 3 holes his heart. 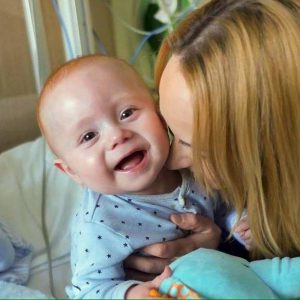 As a new-born he was incredibly poorly, he spent pretty much his first year in Alder Hey, then eventually flew to GOSH for a second opinion where they decided his best chance of survival would be a bespoke pacemaker to attempt to synchronise his heart and hopefully improve his heart function.

The surgery had complications and the following day Jake had his second cardiac arrest. We were advised that he would need the large hole in his heart surgically closing the following week.

Jake spent his first birthday vented in critical care at GOSH, the nurses very kindly made cards and sang to him & even bought us a cake, the following day he had his open heart surgery to close the hole. We were told to expect a period of instability and that Jake may need mechanical support for his heart  & may need to be placed on the transplant list . 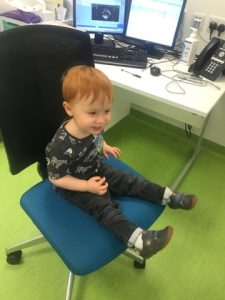 Jake defied the odds, surviving surgery and was stable enough to come off the ventilator 2 days later. After a month at GOSH we were discharged home (this time we travelled on the train, rather then by helicopter!) 3 months later, he finally got his birthday party.

It’s now 1.5 years since surgery and Jake is absolutely thriving ! He’s walking, talking, he enjoys going to nursery and he’s even having swimming lessons! After his bumpy start to life he’s catching up quite quickly to his peers & he even won a BHF heart hero award for his bravery and the fundraising we have done in his honour!

Jake has yearly follow up appointments with the heart failure team at Gosh and  4 monthly appointments at Alder Hey. His condition is “stable” and controlled with the pacemaker and a combination of medicines.